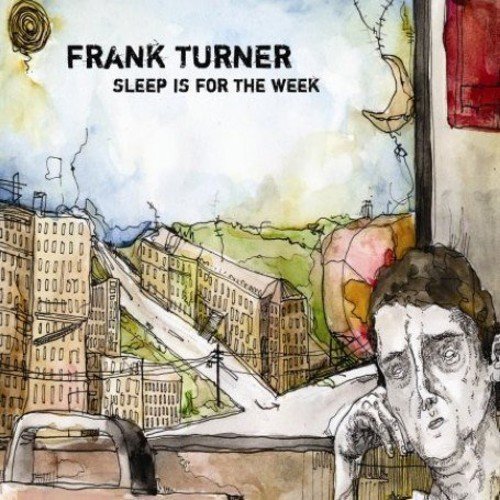 Back in 2007 Frank Turner played another in a series of successful Swindon shows for us. Via the generous David Young who had been experimenting with recording his own gigs, we managed to get a good quality recording out of desk, and the results are now being shared with you all, as an exclusive digital download to celebrate the 10 year anniversary re-release of Sleep is For The Week.

Long term Xtra Mile enthusiast Evan Cotter questioned the date of the recording with me, as it was an unusual set for Frank to have been playing at that time. I looked into it, and came to the conclusion since I have a live recording of Jay Jay Pistolet (now Justin from The Vaccines) from the same show, and I only recorded one Vic gig, it had to be Friday 6th April, 2007. (that line up also included Ben Marwood and Al Bridges).

To say I was thrilled and delighted to be approached about the use of our show as a download was amazing., and I couldn’t say YES quick enough. The gig was notible as being either THE first, or one of the first times Frank played St Christopher too…

Sleep is getting a Lilac colour double vinyl re-press, as well as a double CD, featuring demos. Both versions get the digital “Live At The Vic, Swindon” as a download – Read about it, and buy from the Xtra Mile webstore HERE.

Frank celebrates 10 years of Sleep Is For The Week at London’s Roundhouse for a four night residency in May 2017 titled “Lost Evening” find out all about that HERE.

Tonight we host our last show of the year, featuring Sean McGown, Lewis Bootle and Jake Martin, at The Lamb in Devizes, free entry from 8pm. Come for #GoodHangs