Right, well, it has the best line ups of underground alternative rock music year on year, and this year I have the massive pleasure of letting Leeds based arty noise terrorists (in music and in their imagery) THAT FUCKING TANK, warm up to their appearance at 2000 Trees by giving us the most exhilarating live show since The Swarm took on Devizes wayy back in 2006.

Friday 12th July will see the 2 piece, all drums and bass, rattle our skulls and melt our minds – Not only because they’re great live and come with a wealth of experience, but because the support bands are ace too.

Bath’s Infrared Bear, who played The Lamb last year return. More 2 piece action, this time guitar and drums and yelps and screams and 3/4 time signatures and the like.

But it’s out home grown boys, RUSSIAN BLUE, who most will be eager to see again, as they haven’t played a local show in quite some time, rather off supporting Tall Ships and Delta Sleep, and I don’t blame them. For that night though, they will nail on a show worthy of supporting the UK’s greatest underground band.

Doors are 8pm, tickets are £5, advertising that band name is hard and your support is much appreciated!

Eeeek, one of my favourite bands to come to town, LITTLE LEAGUES came  over from Falmouth and played with Sailors last year and brought a trumpet player with them – they were rad.

Last time I checked in on them, they were playing the Eden Project opening for Vaccines (Wait! Another bunch to play The Lamb! – the front man, Justin Young did in 2006.) they had just put out their 2nd little self release, A Problem Solved, and were about to have a bit of a break.

A break they had, and now they’re back with 2 tracker, FALCO, which probably has no relation to Future Of The Left front man, with the same name.

On this release we see an updated version of a stand alone song they had on their bandcamp, Versicolour. This time round it is a touch faster and certainly more confident. Well recorded and tight as hell, it’s perfect danceable indie pop, though it appears to lack the stand out trumpets in the chorus, but a more Miles Davis-esq free form in bridge…

The lead track of the two, Falco, opens with a bass charge and trumpet blast bursting straight from the stalls like a race horse at the Grand National, with really passionate, almost spat out lyric “ba ba ba ba ba!” “I’ve got nothing left to give!” and “Where do we go form here?”

DOWNLOAD THE EP FOR FREE FROM THEIR SOUNDCLOUD BELOW! 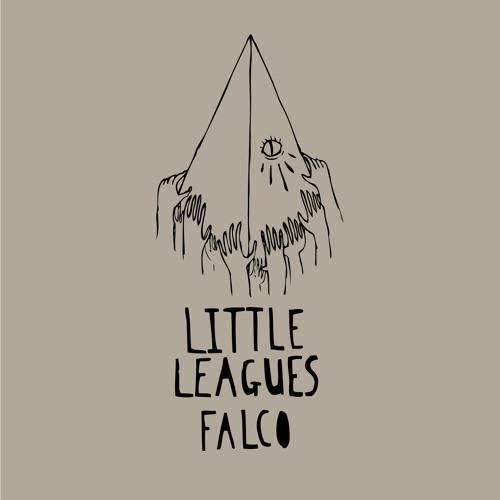 I’ve promoted over 300 shows in the past 9 years. When I first began, it was a dream of mine to put on some envelope pushing, boundary smashing, mind fucking music – to inspire and create a wicked music scene on my doorstep.

One band I wanted was Leeds based, avant garde 2 piece, THAT FUCKING TANK. I was introduced to them by a fellow promoter and it was love at first listen – their début album, Day Of Death By Bono Adrenaline Shock, totally made me reconsider what I thought I knew about music.

On Friday July 12th, my ambition will come true, and That Fucking Tank will be performing their baritone guitar, rhythm based, amphetamine fuelled, blitzkrieg rock! in Devizes.

I am super proud, absolutely blown away that I get to put on a band of this calibre in our town – and urge you to check them out, and find them as equally as impressive as I do!

Tickets will be £5 squids – and I’ve asked Russian Blue to support… one further band to be announced nearer the time… Check out the Facebook event page here.

Here’s my run down of my favourite records of 2012 – Feel free to tell me why I’m wrong, and submit your own best of’s…

8. Future Of The Left – “The Plot Against Common Sense” (Xtra Mile)

I have to add into this list, the fact that I loved the, Fighting With Wire, Hold Your Horse Is, Minus The Bear and Retrospective Soundtrack Players records too!

Favourite Gig Of The Year

So there you have it, I could go on, like all of us with various lists, but it would be tedious. Except to say, well done to all the local bands who produced great EP’s (Salute The Magpie, Nathan Detroit, Homeland etc) to all the great shows (All of yours Abe) and a huge thank you to all of the touring bands who came and made Devizes a slightly better place.

Next year already looks rad, with new records from Thought-Forms and Ben Marwood (I’ve heard them both, and they’re both corkers!). I have some great gigs lined up, including Josie Ghost (The King Blues) so keep your eyes peeled on this here web-blog.

THANK YOU EVERYONE FOR COMING TO THE GIGS AND VOTING WITH YOUR FEET – IT MEANS EVERYTHING.

It’s nights like last night, that make all the hard work worth while – first through the door, Hugh and Hannah from Bath, who had bussed in it on the £5.20 bus (that’s what they called it). Turns out both huge Shoes & Socks Off fans presenting the former Meet Me In St Loui man, the LP album Variations Of Swing to sign.

It’s actually small things like this that make a huge difference to a touring act… Not only had the couple come from Bath, they were planning to get a £30 taxi back to Corsham, coupled with the £5 entry each – they would of spent a whopping £50.40p before drinks + merch on tonight. Thankfully a BIG handsome shout goes out to Ed Dyer of The Ocelot, and Chippenham resident who gave them a lift back. Another reason to be so proud of the togetherness of our scene. Fuck You London. We don’t need you, you need us.

Next amazing moment of the night, was headliner Tobias Hayes, is chatting very happily and in depth with local hat seller Joan Pressely, which happens to be his grandmothers best friend. Small world eh?

SO anyway, the show – First up ex-Colour + current Tangled hair front man, Alan Welsh performing as SOMEONE DIED opening proceedings – “grungey guitar” was how it was described to me by the reviewer, his interesting, fun lyrics were an experience for what must be a very early show in this projects career. Turns out he knew some of Sheer’s favourite friends, SAFETYWORD, turns out too, he has pinched their card folding technique for his bespoke tour CD – which I picked up. This will be considered rare in 2 or 3 years time…

I spent A LOT of time listening to his past two bands, so just closing my eyes and listening to the voice sent shivers down my spine. Super cool.

RUSSIAN BLUE up next for not only their home town debut, but also their debut “unplugged” performance – which transcribed to acoustic guitar beautifully, playing all 4 tracks from the EP and a brand new too. I was giving their 4 track CD away to the first 10 people through the door, we ended up giving them away to all the guests who paid, they went down superbly well, and fingers crossed made some new friends tonight.

Lastly the headliner SHOES AND SOCKS OFF, switching between electric and acoustic guitars, performing his melodic, genre defying melancholic acoustica. He quipped wonderfully with the ridiculously respectful crowd, who were silent through out, hanging on every word. Intentionally leaving out Tork Sport, despite our radio play in the past 3 or 4 weeks was a low point for me in an otherwise perfect night.

To think not only is this act finished, but that Devizes were able to open such an event, was staggering. Thank you Tobias, Alan and Russian Blue, thank YOU Devizes.

Ed Dyer aka Gig Monkey – the thoroughly entertaining and informative column in hilarious monthly Arts & Music magazine, The Ocelot, will be present at this Sunday’s “Mega Front Man Tour” when it hits The Lamb on Sunday 16th September.

It’s the first time I’ve had pre-warning The Ocelot will be in town… the other stretching back yeeeears when they turned up, unannounced and reviewed my Devizes Festival Battle Of The Bands, as it was back then… It was a good review 😉

What’s fantastic is, that this show really taps into the underground, and has the opportunity to make Devizes look good locally and nationally – so if you’re going to choose one event this Autumn, make it this one!

Support act on the night, Someone Died is Alan Welsh from Colour / Tangled Hair. Just a few days after this tour Alan fly’s to Japan to tour Tangled Hair. Fantastic to be dealing with such acts.

Head liner is Big Scary Monsters act, SHOES & SOCKS OFF, embarking on his final UK tour under this guise, so we must have notched up some scene points some where… come out and be cool!

I am very proud and humbled to be involved, neigh, kicking off the “MEGA FRONT-MEN” tour, the last ever set of “Shoes & Socks Off!” performances.

Tobias Hayes, former helmsman of techy-mathy act Meet Me In St Loui, is bringing to a close another chapter in his musical career, whilst opening the door to his future project, “Love Among  The Mannequins”

The aptly named tour, is because Tobias will be sharing the stage each night with Alan Welsh, former head honcho of mathy-indie & BSM band “Colour” and now front man of the superb, “Tangled Hair”. Do you see the theme here?

Main billed support of our Devizes leg, on Sunday 16th September, will be Russian Blue, our heroes who have recently been seen supporting the likes of, techy-mathy-arty-indie bands including This Town Needs Guns, Calories, Delta/Alaska, Tubelord and Tall Ships in the past 12 months. They will be performing their début acoustic, stripped back set.

The dates as follows…

Spread over 4 or 5 venues this year, you get to see a whole lot of Wiltshire and further afield talent, and all for free.

Sheer Music is involved this year for the very first time, with possibly the most eclectic line up to date, featuring some punk, some hip hop, some techy indie and some, well, noise.

Since it’s holidays for all you lucky college blighters, I have put on the most entertaining spectacle together I could manage. Whether is be the Goldie Lookin’ Chain supporting and our heroes CHIP DADDY, the riotous, foul mouth of 2 SICK MONKEYS or the mind warping MR HELLO & HIS HONESTY CLUB, there will not be a dull moment.

Entry is FREE at The 12 Bar, in Swindon – and we’re going to kick off around 8pm. I’m offering lifts from Devizes, if anyone wishes to tag along?